What if president Obama did what Morsi did? 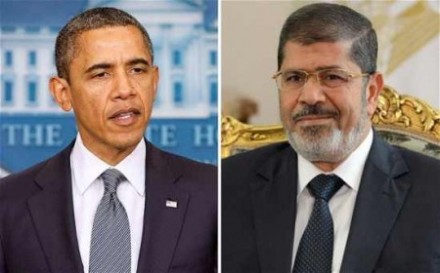 Despite the name of the article “Putting Egypt in Context”, it has failed to do exactly that. It completely takes Morsi’s actions out of context, not even mentioning how he made most of these dictatorial moves because he felt that he was being conspired against by the anti-Islamists. It’s a completely one sided take on the situation in Egypt.

However I will give this article some points for trying to make what happened in Egypt more relatable to the average American. Also, this article does bring up a very good point: why is it that Americans are criticizing Egyptians when they themselves would’ve never allowed for their president to do a single thing Morsi did? Why is there this belief that they somehow deserve democracy more than we do? This level of arrogance is beyond me.

I admire the Egyptians for not settling for an illiberal democracy. I admire them for recognizing that they deserve democracy just as much as an American or a Canadian or a European does. I am proud that the 25 January revolution has restored Egyptians’ self-worth.

The Dark Tunnel by Mahmoud Salem 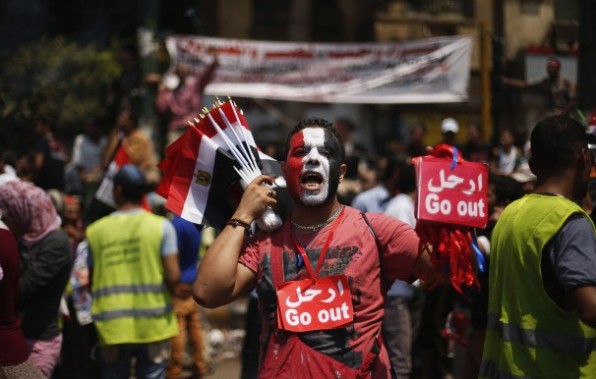 This article by Mahmoud Salem about the current situation in Egypt is a MUST READ. Could not have put it better myself.

“In many articles, social media statuses and private conversations, many people are bemoaning what they deem “the rise of fascism” in Egypt against the Muslim Brotherhood. They openly wonder how people could lose their humanity to such a degree that they are indifferent to the deaths of Muslim Brotherhood supporters in clashes. They are very shocked and disturbed by the amount of people who are openly calling for the military to crush them.  They are so surprised and distressed by this, one has to wonder if they were living in the country this past year, because if you have, none of this should be the least bit surprising.

For a year now, a single piece of narrative had found its way on the tongues of many Egyptians and in many conversations: “The Muslim Brotherhood will not leave power without blood”. This sentence was treated as fact, and was aided by the continuous and increasingly authoritarian rhetoric and actions of the MB and their allies, sending their supporters to attack and torture anti-Morsi protesters, utilizing the police and the public prosecutor’s office to oppress, detain and investigate anyone who opposed or criticized them, and going as far as deeming anyone who goes against Morsi “an apostate that should be killed” during an official state conference with Morsi present and not bothered.”

“Thus, it is of no surprise that when the table turned, that same citizen is openly calling for the elimination of those whom he views threatened him with death. The lack of sympathy for their dead is very human, especially in the face of the final speech of Morsi, where he said that “it’s either my legitimacy or blood””.

“Presidential aide for political affairs Mostafa Hegazi has accused the Islamist supporters of deposed president Mohamed Morsi of intentionally victimising themselves in order to gain a negotiation advantage. “

“The Egyptian state will never accept the shedding of Egyptian blood, regardless of political affiliations, but it also will not stand silent in the face of blackmail and terrorism of its citizens”

“It is not an exaggeration to say that what is going on now is a war of terrorism against [Egyptian] society. No political disagreement can be solved with violence,” Hegazi said. 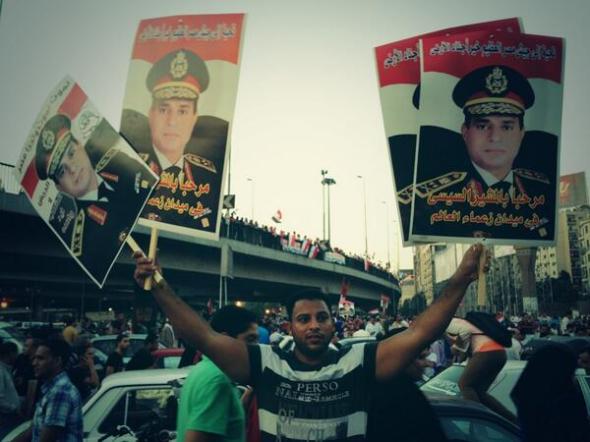 “The wave of Al-Sisi’s glorification and army reverence must make us always aware of a set of questions. To whom is the army accountable now? How could the army’s statements and information be verified from now on? The army-media-intellectuals alliance, would that ever influence how objectively different events are seen and covered?”

“Al-Sisi has not shown himself as a power-hungry General so far, but the unnecessary propaganda unfortunately does not help to support this idea. Those who are not pro-Sisi are not necessarily pro-Brotherhood. It must be understood that a middle ground does exist between both poles and there are plenty of Egyptians who are not represented on either side of the struggle, not because they don’t want the army to fight terrorism, but because they want the army to remain an institution.”

The Western Media War Against the Egyptian Army

I was extremely disturbed by the level of bias that the western media has, as they clearly give more weight to the perspectives of and the accusations made by the Muslim Brotherhood than the official statements made by the ministry of interior. Here are a couple of examples to demonstrate by point:

The New York Times: Scores of Demonstrators Killed in Egypt

The last one by The Washington Post being the most alarming, as its title is not only misleading, it is completely inaccurate as it lacks hard evidence for making this assertion. All three of these articles either give less weight to or altogether disregard the following points about the clashes earlier this morning:

This is not to say that I am unsympathetic to the dozens killed in the clashes (there are disputes over exact figures). This is not true at all. I am grief-stricken at the escalation of violence in Egypt. I am only shedding light onto the blatant western media bias that I have noticed. And this is not to say that a bias does not exist in Arabic and Egyptian state news channels. Because there is.

On a final note, I want to say this. There is a saying in Egypt that I hold close to my heart: “Kol el dam haram”. This roughly translates as “All bloodshed is a sin/immoral”. We are all children of Egypt, and I send my deepest condolences to the families of those killed.